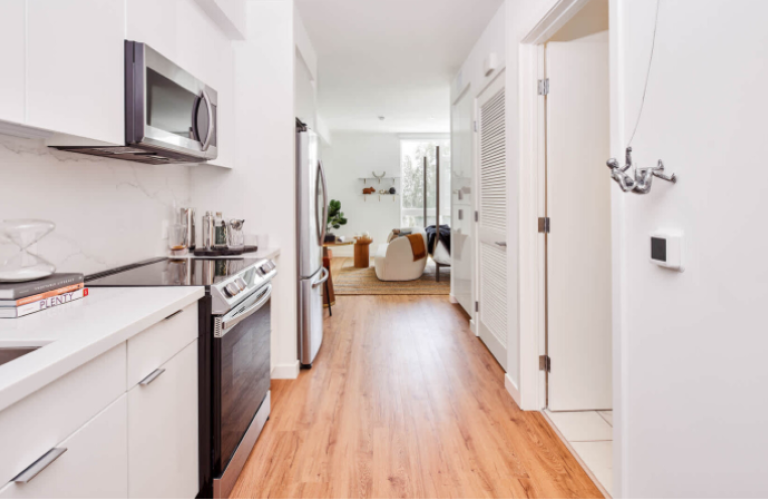 Just 18 minutes from San Francisco via ferry, AERO Apartments is the ultimate in luxury apartment living. Our community is close to an amazing variety of restaurants, shopping and entertainment. AERO allows you to find your respite from the outside world, just steps from the Bay.

Aero is an apartment located in Alameda County and the 94501 ZIP Code. This area is served by the Alameda Unified attendance zone.

Situated right on San Francisco Bay, just south of Oakland, Alameda sits on two islands and has been home to shipyards, a naval station and a renowned amusement park called Neptune Beach in its more-than-150-year history. Today, its views of the San Francisco skyline, opportunities for windsurfing and other water recreation and its beautiful and historic Victorian homes help give the city its identity.

The Community of Alameda

Alameda used to be part of a peninsula connected to Oakland, but is now connected by bridges. Six main neighborhoods make up the city of Alameda. The main areas are Alameda Point in the west, where the formal naval station once stood; Bay Farm Island, where the headquarters for the Oakland Raiders are now located; Fernside; South Shore to the south with the city's main shopping mall and Crown Memorial State Beach; West End; and Woodstock, which encompasses the original city.

What to Do in Alameda

Downtown Alameda features shopping, restaurants and the historic Alameda Theater positioned along what looks like an old-fashioned Main Street setting. Antique shops promise the possibility of finding a long-lost treasure, while beer, wine and cuisine from a multitude of cultures will make your stomach rumble. Check out the Pinball Museum, with games that date back to the early 1900s.

The Alameda Naval Air Museum lets you look back to the days when the U.S. military played a significant role in the city. One of the permanent exhibits focuses on the Doolittle Raiders, a group of airmen that flew Army B-25 bombers off a Navy carrier to bomb Japan at the beginning of World War II. You'll also see hundreds of models of both aircraft and ships. Admission is $10, or free if you're under 12.

Not far away, the USS Hornet gives you an opportunity to tour a WWII-era carrier. Exhibits throughout the ship help you understand its history. Want a little greater thrill? Try your hand at the flight simulator in a nearby hangar -- at $7 a ride, you'll get a little taste of what it's really like to power a plane through the skies.

One Place You Shouldn't Miss in Alameda

Unobtrusively located in a hangar at the former Alameda Naval Air Station, the craft distillery St. George Spirits offers tastings of its famous pear brandy as well as gin, vodka and other liquor with distinct flavors. Hour-long tours are offered only on Friday evenings and weekends and conclude with a special tasting. See how the distillery operates and learn more about craft distilling in the area.

Trabocco is a great special-occasion restaurant that serves Italian and Mediterranean cuisine with several options for vegetarians and vegans. The gorgeous setting includes light sculptures inspired by fishing nets and a table height fireplace for a touch of romance. Each seafood dish is perfectly prepared and complemented by an extensive wine list.

For a yummy breakfast served right, visit Ole's Waffle Shop on Park Street, an institution in Alameda since 1927. Big portions and good prices make it a bit crowded, but the waffles are worth the wait. Don't leave without a package of Ole's waffle mix to take home.